A not so simple story: the tales of Bashevis Singer marking 120 years to his birth

A festive production by the Malenky theater based on works by Bashevis Singer to include segments from a variety of sources, including interviews with the great man of letters when he won the Noble prize

The festive production, titled A Not So Simple Story will be lead by actors from Malenky theater, it is a homage to the great Polish-Jewish writer and is based on his Noble acceptance speech.

As well as novels, short stories, and interviews he gave.

The works are taken from the following works: Books: A Day of Happiness; The Penitent; The Slave; In My Father’s Court; Bashevis Travels Israel; Conversations with Bashevis Singer

(with Richard Burgin); a biography of Singer by Florence Noiville; Short Stories: The Cafeteria; The Demon; Dalfonka; The Noble acceptance speech by Bashevis Singer.

Yitzhak Bashevis Singer is among the greatest Yiddish language writers and the winner of the 1978 Noble prize for literature.

His works are woven into the history of the Jewish nation and civilization during the 20’th century. The works of Bashevis Singer were, during those years, a meeting point between

cultures and were able to connect the Jewish people from all over the world. They were also important to Soviet Jews who were kept from the larger Jewish world behind the Iron Curtin.

25 years after it presented the first Hebrew production of Teibele and her Demon, Malenky theater returns to the works of Bashevis Singer and offers a new look at a brand new production.

On 15th of November Beit Ariela in Tel Aviv hosted a unique theatrical and literary production based on the works of Isaac Bashevis Singer, performed by the actors of the Malenki Theatre. The show turned out to be a huge success.

The actors did their job very well. They were able to make the show very cheerful and touching at the same time.

The performance was very warmly received by the audience and rewarded with applause. The actors performed in front of a full house. 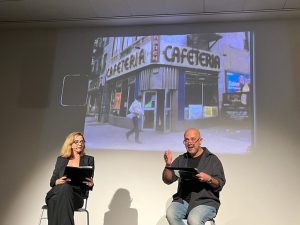 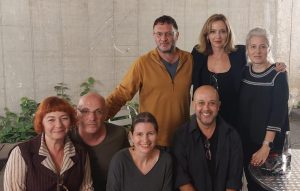 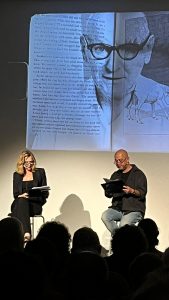 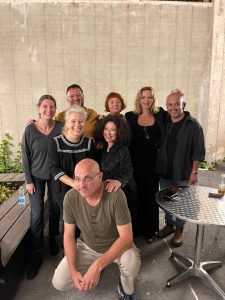 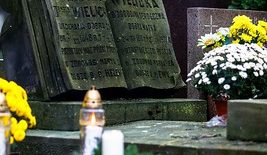 The 1st day of November is marked in Poland as a special day in which crowds visit cemeteries to commemorate their belated relatives and friends. We dedicated the day to Poles buried in Israel - Polish soldiers, war refugees, diplomats, Righteous Among the Nations), monks, priests and civilians
01 11.2022 News

Two unique concerts led by Israeli and Polish artists will include musical works at a world premiere – from Karol Szymanowski to Krzysztof Penderecki and Julian Tuwim with the participation of the world-class pianist Garik Olson, winner of the International Chopin Competition
03 11.2022 06 11.2022 Music, News

The Warsaw Ghetto Museum calls to collect objects, souvenirs and testimonies from the Warsaw Ghetto that are in the possession of private individuals and may contribute to the presentation of history in the newly built museum
12 10.2022 Bez kategorii, History, News
2022 © Instytut Polski w Tel Avivie | Wykonanie: sm32 STUDIO
Scroll top Scroll down
This website uses cookies to improve your experience. We'll assume you're ok with this, but you can opt-out if you wish. Cookie settingsACCEPT
Privacy & Cookies Policy