The festival audiences were exposed to the talents of two unique storytellers from Poland.

In the festive month of October the Polish Institute participated in the 12th edition of Kathakar –International Storytellers Festival which is India’s first and only international storytelling festival showcasing the best forms of storytelling from India and abroad. Before the advent of writing, stories from folk tales, epics, history were communicated orally with gestures and expressions to leave a lasting imprint on listener’s mind. It was also a method to inculcate spiritual well-being in humans. Even though novel concepts of storytelling have been introduced in contemporary times, traditional methods are still alive in different corners of the world.

The festival audiences were exposed to the talents of two unique storytellers from Poland. Jerzy Szufa who is a philosopher and cultural animator is passionate about the art of storytelling and fairy tales. Member of “Grupa 501″ and “Storytellers Engaged”, he was awarded with a scholarship from the Polish Minister of Culture and currently leads a project aimed at delivering storytelling performances and workshops to the homeless people in Warsaw. 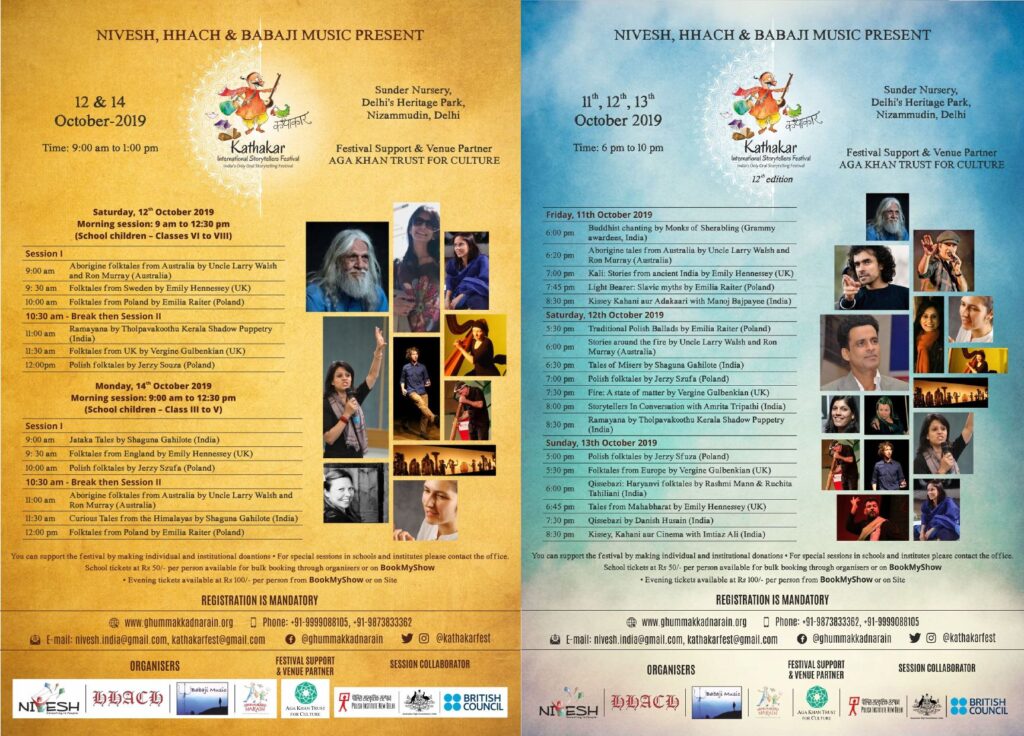 Our other Polish addition was the harpist Emilia Raiter, also a storyteller. In her style she creates narrative performances and theatrical concerts in which the spoken word is interspersed with music and one delightfully complements the other. The combination of music and tales has brought the grand prize in the 35 Stage Songs Review OFF Stream in Wroclaw, for the project, called ‘Thermostats’ which was a brave and brilliant blend of sublime harp and coarse musical saw intertwined with spiritual tales.

Emilia Raiter was also hosted by the Delhi School of Music for a special lecture demonstration attended by faculty and students learning to play string instruments at this prestigious school.

Both Emilia Raiter and Jerzy Szufa presented multiple sessions during the course of the Kathakar festival which included an exclusive set of events for schools of Delhi and NCR. The objective being to galvanize students’ appreciation for story weaving, listening and literary knowledge as a whole. 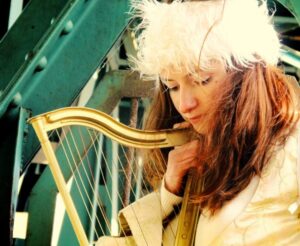