Józef Czapski’s essays on Proust, written in a Soviet prison camp: these proved the unlikely impetus to Eric Karpeles’s remarkable biography of the Polish painter and writer, who bore witness to twentieth-century history in its peculiarly brutal Polish incarnation. –Clare Cavanagh

Józef Czapski (1896–1993) lived many lives—as a soldier, public figure, historical witness, memoirist, essayist, and painter. His ninety-six years nearly span the twentieth century in its entirety. He was a student in St. Petersburg during the Russian Revolution and a painter in Paris in the Roaring Twenties. As a Polish reserve officer fighting against the invading Germans in the opening weeks of the Second World War, he was taken prisoner by the Soviets and survived the Katyn Massacre. He never returned to Poland but worked tirelessly in Paris to raise awareness of the plight of his homeland, overrun by totalitarian powers. Czapski was a towering public figure, but painting gave meaning to his life.

Karpeles has also translated Czapski’s unique work Lost Time: Lectures on Proust in a Soviet Prison Camp. While in a Soviet POW camp, Czapski – working from memory – composed and delivered a series of lectures on Proust (in French) to his fellow-prisoners. This unparalleled feat of the critical imagination is now available in English for the first time, revealing Czapski as one of the greatest Proustians – even under terrible wartime conditions.

Later this year, Czapski’s memoir Inhuman Land will also appear in English, translated by Antonia Lloyd-Jones. In 1941, tens of thousands of Poles were released from Soviet prison camps and allowed to join a Polish army being formed by General Wladyslaw Anders. Anders assigned Czapski the task of investigating the disappearance of thousands of Polish officers. Blocked at every level by Soviet authorities, Czapski discovered these officers had been shot dead in the Katyn forest by the Soviet secret police. This wrenching memoir, which also details the arduous trek of Anders’ Army through Central Asia and the Middle East to join the invasion of Italy, is a towering achievement of historical writing.

Eric Karpeles is a painter, writer, and translator. His comprehensive guide, Paintings in Proust, considers the intersection of literary and visual aesthetics in the work of the great French novelist. He has written about the paintings of the poet Elizabeth Bishop and about the end of life as seen through the works of Emily Dickinson, Gustav Mahler, and Mark Rothko. The painter of The Sanctuary and of the Mary and Laurance Rockefeller Chapel, he is the also the translator of Józef Czapski’s Lost Time: Lectures on Proust in a Soviet Prison Camp and Lorenza Foschini’s Proust’s Overcoat. He lives in Northern California.

Bracha/Blessing. Back to Polish Shtetls by AGNIESZKA 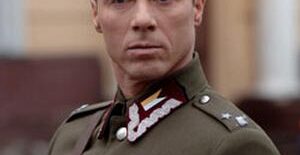 United Solo Festival and the Polish Cultural Institute New York present the New York Premiere of
11 11.2018 14 11.2018 History, Performing Arts, Polish-Jewish Relations
2020 © Instytut Polski w Nowym Jorku | Wykonanie: sm32 STUDIO
Scroll top Scroll down
In order to ensure the highest quality of our service, we use files called cookies. When using our website, the cookie files are downloaded onto your device. You can change the settings of your browser at any time. See out cookie policy. Read More ACCEPT
Privacy & Cookies Policy
Necessary Always Enabled