This year’s edition will include two Polish productions:

The festival was started by the Poland-born actor, director and lecturer Omar Sangare. 7th edition of the world’s largest solo theatre festival, United Solo will present performers from 18 countries, 23 states, and six continents at the Theatre Row in the heart of New York City’s theatre district. Since its inaugural year, United Solo featured over 600 theatre productions from all over the world in categories including drama, comedy, dance, movement, storytelling, stand-up, multimedia, and musical theater.

Selected shows are also invited to participate in United Solo Europe, an overseas program presented annually at Teatr Syrena in Warsaw, thanks to support from the Ministry of Culture and National Heritage of the Republic of Poland. This European showcase celebrated its 4th anniversary in 2016. 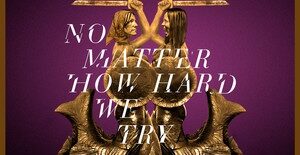