As we celebrate the Year of Feliks Nowowiejski, the Polish composer, conductor, and educator, the Chamber Choir of the Feliks Nowowiejski Academy of Music in Bydgoszcz is coming to New York to present the program “Feliks Nowowiejski: the Great Composer and Patriot on the 70th Anniversary of his Death,” featuring sacred and secular works by Nowowiejski himself. The choir will perform at the Polish and Slavic Center, the Roman Catholic Church of the Epiphany, and The Church of St. Ignatius Loyola.

The Chamber Choir dates back to 1986, when conductor Janusz Stanecki gathered students from all music fields longing to sing choral music. Nowadays, the choir works with the philharmonic orchestras of Bydgoszcz, Gdansk, Torun and Gorzow Wielkopolski. The choir’s repertoire includes works by Polish and European composers from the Middle Ages to the present. The choir has toured extensively, taking part in the International Choral Festival in San Juan, Argentina (2006) and the International Choral Festival in Missoula, MT (2013), and has won numerous prizes.

Conductor Janusz Stanecki studied Choral Conducting and Music Education at the Feliks Nowowiejski Academy of Music in Bydgoszcz. He also holds a degree in accordion performance from the Instrumental Department of the Academy. He graduated from the post-graduate Choirmasters College with highest honors, and served as the Academys Vice-Rector for the Arts. He is currently the Deputy Dean of the Faculty of Conducting, Jazz and Music Education. He is a music activist, organizer and judge of many international choral and conducting competitions, and was named a Professor of Music Arts by the President of Poland.

The New York performances are presented in partnership with the Polish Cultural Institute New York, with the organizational support of the Consulate General of the Republic of Poland in New York.

The Feliks Nowowiejski Academy Chamber Choir 2016 U.S. tour is made possible by the financial support of the Senate of Republic of Poland – Polonia Office, Ministry of Culture and National Heritage, Institute of Music and Dance, Bydgoszcz City Council, and the Konsonans Foundation. 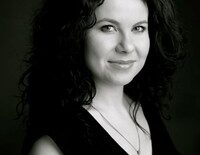