The Culture.pl platform created and maintained by the Adam Mickiewicz Institute is a daily updated service informing about Polish culture. Besides information about events organized in Poland and around the world, it contains numerous artist profiles, reviews, essays, descriptions, and information about cultural institutions. The platform is maintained in Polish, English, and Russian and expanded with articles in Asian languages: Chinese, Japanese, and Korean.

The International Cultural Centre in Krakow (ICC) in its activities refers to history, history of art and architecture, the phenomenon of memory, protection of cultural heritage and all aspects related to its management. By contributing to the international debate on heritage and its role in the contemporary world and by developing contacts, the ICRC carries out a mission to strengthen Poland’s position as an important player in the international community (UNESCO, V4, Barcelona Process, Berlin Process) and an important partner in cultural and intellectual cooperation. The ICC conducts a vibrant exhibition activity and organizes international summer courses in cooperation with partners from Europe and the USA. It implements the Thesaurus Poloniae scholarship program dedicated to foreign researchers conducting research on the culture, history and multicultural heritage of the Republic of Poland and Central Europe. Moreover, it organizes post-graduate studies in cultural heritage management at the Heritage Academy. The ICC also conducts extensive publishing activities, an example of which is the Polish-English interdisciplinary Herito quarterly. Heritage, culture, contemporary times. The Center is also the publisher of the popular scientific encyclopedia of Poland’s St. Petersburg (www.polskipetersburg.pl), and the ICC Library is richly equipped with the scientific literature on cultural heritage.

The Fryderyk Chopin Institute (NIFC) is the largest Chopin Centre in the world, which fully and comprehensively promotes, protects, researches, and disseminates the Fryderyk Chopin heritage. The Institute’s versatile and varied activities are a response to the work and fate of the composer – rich, ambiguous, challenging, and challenging for generations to come, fascinated by this music and the figure of listeners, performers and scientists. The NIFC is the organiser of one of the oldest and most prestigious music competitions in the world, the Fryderyk Chopin International Piano Competition and the initiator of the Chopin and his Europe International Music Festival. In addition, the Institute cooperates with the world’s existing Chopin competitions as part of a platform of understanding and cooperation between the competition organisers – Chopin Competitions Conference.

The Book Institute (IK) has as its main goal the promotion of Polish literature in the world and popularization of books and reading in the country. In its activities on foreign markets, the Book Institute informs, encourages, and persuades: translators of Polish literature to translate Polish books, foreign publishers to publish their translations, and organisers of the most interesting literary events to include Polish writers in their program. The institution runs the Translation Programme © Poland and organizes Polish stands at international book fairs. Every year the Institute awards the Transatlantyk prize to an outstanding promoter of Polish literature abroad.

The Filmoteka Narodowa – Audiovisual Institute (FINA) aims to digitize, collect, restore, and promote Polish audiovisual heritage and disseminate the most valuable manifestations of film culture. Also, by making its archives accessible, it is a partner in international projects disseminating digital archival collections in various contexts. FINA has in its collections the entire preserved output of Polish cinematography, including a unique collection of pre-war films. The Institute specialises in film conservation and restoration and co-production of new audiovisual materials (films, radio and television programs and film, and music publishing houses). As the first film archive in Europe, it launched the full technical path in 4K technology. It has a wide range of equipment and software, adapted to all film formats used in Polish professional and amateur cinematography. 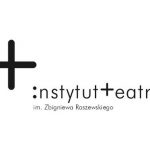 Zbigniew Raszewski Theatre Institute (IT) deals with documentation, promotion, and animation of Polish theatre life. The Institute supports public debate about contemporary Polish theatre, broadens the perspectives of accompanying scientific reflection, conducts research and educational activities. It also develops its long-term and multidirectional projects as a platform for permanent international and transnational cooperation of researchers and artists interested in theatre from Central and Eastern European countries. It has the most extensive thematic archive in Poland collecting documentation of contemporary theatre. It runs the largest portal devoted entirely to Polish theatre (www.eteatr.pl), a Polish-English scientific journal (www.polishtheatrejournal.com), and an online encyclopedia of Polish theatre (www.encyklopediateatru.pl). 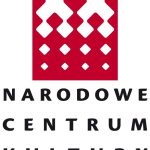 The National Centre of Culture (NCK) initiates and conducts a number of activities to develop and promote Polish culture. It conducts educational, research and training activities. It manages national grant programs, scholarship and cultural projects and the Kordegarda gallery. The NCK also carries out large, cyclical projects with the participation of cultural artists from the CEE region. An example of NCK’s activity is the East of Culture Festival, the aim of which is cultural cooperation between the cities of Eastern Poland and the countries of the Eastern Partnership, and the Eufon Festival – the International Festival of Central and Eastern European Music, referring to the tradition of the regional community and presenting music of different epochs and styles. 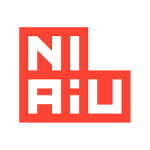 The National Institute of Architecture and Urban Planning (NIAiU) has the task of shaping public awareness, promoting architectural and urban planning culture, and making efforts to preserve the national architectural heritage of the 20th century. Moreover, NIAiU conducts research, exhibitions, education, and publishing activities. One of the main missions of the Institute is the ongoing cooperation with architects, local authorities, and users of public space in order to improve its quality, find a balance in its development and reach agreement in the process of its design and planning.

The National Heritage Institute (NID) is a promoter of Polish heritage both nationally and internationally by collecting and disseminating knowledge about heritage, shaping public awareness of the value and preservation of cultural heritage. It also issues expert opinions and opinions on activities related to monuments and analyses and monitors threats to heritage.  NID cooperates with many international institutions and organizations (including UNESCO) working for the preservation of national heritage. Moreover, it coordinates the process of recognizing a monument as a Monument of History and, in Poland, the largest social and educational project in Europe, the European Heritage Days – a joint initiative of the Council of Europe and the European Union aimed at promoting monuments.

The National Institute of Museology and Collections Protection (NIMOZ) specializes in collecting and disseminating knowledge about museums, museums, and co-creating standards in the field of museology and collections protection. Moreover, it participates in setting the directions of development in the area of management of Polish museums and popularizing the latest development trends in the world of museology in Poland. He is also involved in the international promotion of the most important Polish museum achievements. NIMOZ conducts publishing activities and a number of training aimed at improving the professional qualifications of museum employees.

The National Institute of Polish Cultural Heritage Abroad POLONIKA focuses its activities on research, protection and popularization of Polish cultural heritage abroad. The implemented projects of conservation, research, educational, and popularization character have an impact both on the preservation of material cultural heritage and on increasing public awareness of its importance as an important part of European and world heritage, as well as an element shaping national identity. Protection of Lviv’s common cultural heritage is an example of international cooperation.

The Polish Film Institute (PISF) aims to spread knowledge about Polish cinematography around the world. The Institute implements international cooperation in the field of film, in particular, aimed at initiating co-productions and promoting the film industry. It specializes in expanding the availability of Polish films abroad and increasing the recognition of Polish films on international markets by organizing reviews, retrospectives, special screenings, conferences, and exhibitions.  PISF also grants foreign scholarships aimed at supporting filmmakers and film professionals in industry events around the world. 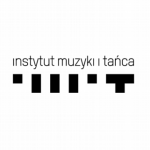 The Institute of Music and Dance in Warsaw (IMiT) supports professional musicians, dancers, and artistic institutions in fulfilling their missions. It works for the development of the professional music and dance community in Poland by organizing the Polish Music Convention and the Dance Congress, events opening a wide field of exchange of experiences, and deepened self-reflection of both communities. At the same time it organizes thematic conferences, workshops and training addressed to professionals in the field of dance and music. IMiT develops specialist reports and expert opinions and participates in the exchange of information and experience between national and international industry organizations.