Night of Philosophy and Ideas

Brooklyn Public Library, Cultural Services of the French Embassy and The Polish Cultural Institute New York present
SATURDAY, FEBRUARY 1 – SUNDAY, FEBRUARY 2
Free, 12-Hour, Overnight Event Featuring Music, Rare Films,
VR, Puppets and More Than 60 Speakers and Performers
Central Library 10 Grand Army Plaza, Brooklyn
Tickets: Free, 12-Hour, Overnight Event
For the fourth consecutive year, the Brooklyn Public Library and the Cultural Services of the French Embassy will present the hallmark edition of A Night of Philosophy and Ideas, bringing philosophers, authors, artists, and musicians from around the world together with the New York community through a series of intellectual and thought-provoking conversations and performances.

The event runs from sundown to sunrise—the only such event in the nation to do so—as the concept of the Institut français’ global La Nuit des idées expands across the country to 7 cities. The nation-wide events are modeled after the New York intellectual marathon, created by the Brooklyn Public Library and the French Cultural Services in 2017. Last year, the event in New York drew more than 7000 participants, with an additional 6000 views on livestream.

Featuring philosophers, intellectuals, researchers and artists, the event will explore the overarching theme “To live” (in French, Être vivant) and the most pressing issues in contemporary society in simultaneous conversations, performances and screenings. The keynote speech, Good Economics for Hard Times, will be delivered by the 2019 Nobel Prize-winning economist Esther Duflo.

This year, Polish philosopher Tomasz Stawiszynski will have a talk at 1:30am: On the Importance of Sadness. There is less and less space for sadness in contemporary culture. We are being constantly told to be positive, to always look forward with hope and under no circumstances to worry. Being sad means that we may inevitably need a therapist, a coach or at least some bestselling guidebook, which would help us regain our joy. In today’s world, sadness is considered a system error, an unwelcome feeling, something embarrassing requiring correction. The availability of services and goods promoting positive thinking is gigantic. Meanwhile, depression statistics are rising dramatically. How to explain this paradox? Maybe this relationship is not accidental. The structural reduction of space for the experience of loss and melancholia – the disappearance of mourning, the emphasis on the fastest possible return to efficiency – is exactly the reason why we become more and more helpless. When we face the death of a loved one, divorce, or even some minor failure, we become paralyzed. This topic has been recently discussed, not only by philosophers and sociologists, but also by evolutionary psychologists: difficult and unpleasant emotions are necessary equipment. They perform many psychologically important functions, like warning of danger or creating the ability to be compassionate towards others, to name but a few. Eliminating them is a huge mistake, heavy with consequences for the individual as well as for society as a whole.

In the lecture, he will show that we need more recognition for sadness today, partly because of what we’ve done to the planet. And thus we need more compassion and understanding for the suffering and helplessness of all living nature. And sadness is a key experience for developing that.


Tomasz Stawiszynski is a philosopher, essayist, and author of the bestselling book, Clashes with Freud: Myths, Temptations and Traps of Psychotherapy, as well as two collections of poetry. Stawiszynski was previously head of the national department of Newsweek, Polish edition, host of the live show Alternative Studio, dedicated to modern art and philosophy, and co-host of the Reading Room for the Polish television channel TVP Kultura. He also hosted The Philosopher’s Sunday on Polish Radio RDC. He is the host of Philosopher’s Hour for the talk-radio station TOK FM, and of the Internet podcast Our Internal Conflicts, and a staff writer for Przekroj – one of the oldest Polish cultural magazines.


2020 Night of Philosophy & Ideas is co-presented by Brooklyn Public Library and the Cultural Services of the French Embassy. The program is made possible with major support from the Open Society Foundations. Generous support is provided by The Gladys Krieble Delmas Foundation, the Institut français, Sixpoint Brewery, the Wythe Hotel, Air France, FACE Foundation, and event partner National Sawdust. WNYC is the Official Media Partner of the 2020 BPL Presents Season.

Translating the Future Finale: A Flight of 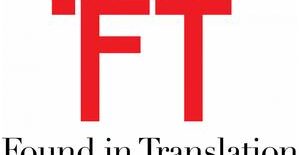 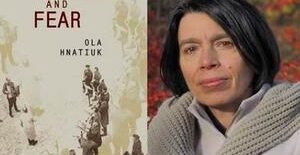 The lecture and book promotion
18 11.2020 Literature
2020 © Instytut Polski w Nowym Jorku | Wykonanie: sm32 STUDIO
Scroll top Scroll down
In order to ensure the highest quality of our service, we use files called cookies. When using our website, the cookie files are downloaded onto your device. You can change the settings of your browser at any time. See out cookie policy. Read More ACCEPT
Privacy & Cookies Policy
Necessary Always Enabled