230th anniversary of the Constitution of 3 May

When on 3 May 1791 the Four-Year Sejm also called the Great Sejm adopted The Government Act of the Polish–Lithuanian Commonwealth later known as the Constitution of 3 May, the Polish-Lithuanian state became the Europe’s first and the world’s second that passed the basic law. For its time, it was a progressive and bold legal act which initiated a number of reforms. It also constituted a crowning achievement of the centuries-old links between Poland and Lithuania.

Today as we celebrate the 230th anniversary of adopting the Constitution of 3 May by the last King of Poland and Grand Duke of Lithuania Stanisław August Poniatowski, it is worth mentioning that it is the May Constitution that introduced, among other things, the principle of the tripartite separation of power, and reformed the existing political system ensuring more equal treatment of all nationalities within the Commonwealth. The Constitution also expressed the nation’s will to defend Poland’s independence following its first partition by Austria, Prussia and Russia in 1772.

The Constitution of 3 May along with its complementary Reciprocal Guarantee of Two Nations adopted by the Great Sejm on 20 October 1791 also confirmed a closer union between the Polish and Lithuanian nations. The act ensured, among other things, equal 1 to 1 representation at the Commonwealth’s shared state bodies for Poles and Lithuanians. We can proudly say that the leaders of the two nations and states, despite all differences, were able to work together effectively at a crucial moment for their existence. Such example has been inspiring cooperation and friendship between Warsaw and Vilnius to date.

Unfortunately, the ambitious reform plans which had meant to be implemented based on the new constitution were shattered by the Russians’ armed intervention in 1792. As a legal act, the Constitution of 3 May formally ceased to be in force in November 1793 by virtue of the resolution by the Sejm that was summoned under the dictate of Russia and Prussia in Grodno. On the same year, the two states partitioned Poland for the second time.

Finally, the Polish-Lithuanian state disappeared from Europe’s map for over 120 years after the 3rd Partition in 1795 conducted by Austria, Prussia and Russia. This act, violating all principles of international law, was erased only after the World War I, when Poland and Lithuania regained independence as two sovereign states.

When Poland regained its independence, the anniversary of adopting the 3 May Constitution was celebrated as a national holiday since 1919. Under German and Soviet occupation as well as under the rule of communist authorities in Poland, when the 3 May Day holiday was banned, most Poles continued to observe it. In a sovereign Republic of Poland we have been celebrating May 3 National Holiday again since 1990.

The Constitution of 3 May and the Reciprocal Guarantee of Two Nations of 20 October 1791 are one of crucial elements of Polish-Lithuanian heritage. Their adoption was fundamental for today’s cooperation of our countries within the EU and NATO.

Apart from their common history, nowadays Poland and Lithuania work together to carry out numerous energy and transport projects which serve the entire Europe. The two countries also join efforts to strengthen global security, particularly in the region.

Recollecting their common heritage of the Polish-Lithuanian Commonwealth, our two countries support their neighbours: Ukraine that attempts to protect its sovereignty and territorial integrity in the face of Russian aggression and occupation, and the people of Belarus who deserve freedom and democracy in an independent state.

Online exhibition ‘The Story of the first European Constitution’ 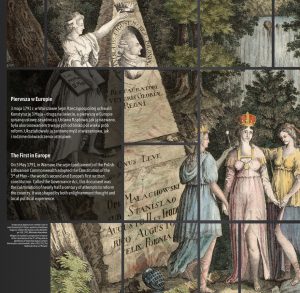 Visit this free online exhibition as if you were there in the Polish History Museum! Thanks to a wide range of historical facts and stunning visuals, the exhibition takes you though History in a very didactic way, without leaving home. 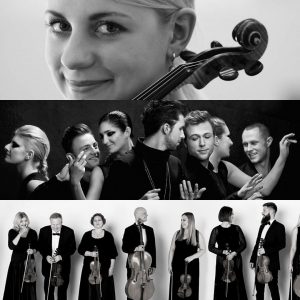 Watch it here until the May 15th.

„Dzień, który zmienił historię”- The Day that changed History. Program with Lithuanian and Polish compositors organized by the Embassy of the Republic of Poland and the Polish Institute in Vilnius and the Lithuanian Minister of Foreign Affairs. Watch it here until the May 15th 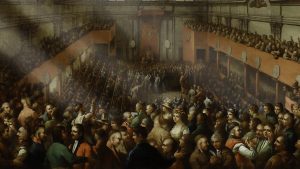 The Constitution of 3 May led us to the Europe in which we live today. In this documentary film, experts from Poland, Lithuania and Germany deliver their answers to the question – why did the events from 1791 led to what is considered as the first European Constitution? The idea is to focus on the context  which allowed this major historical event to take place. Director: Cyprian Demianiuk / Script: Piotr Kornobis. 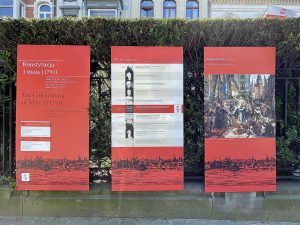 Until May 24th, an open-air exhibition dedicated to the Constitution of 3 May is displayed in front of the Embassy of the Republic of Poland and of the Polish Institute in Brussels. 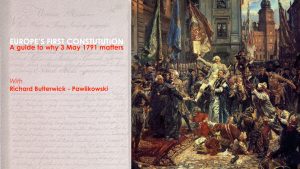 Through a 46-min. movie/podcast produced by the Polish Cultural Institute of London and recorded in the Royal Castle in Warsaw, the British historian Richard Butterwick-Pawlowski tells about the historical and geopolitical context which led to the Constitution of 3 May 1791 and analyzes the most interesting facts linked to this event. 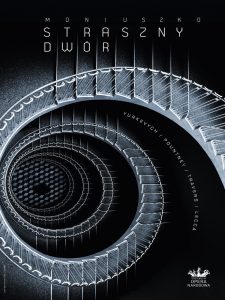 According to Waldemar Dąbrowski, director of Teatr Wielki, Straszny Dwór can be seen as a patriotic manifesto. Indeed, being one of the most famous Polish opera with a story happening in the middle of the 18th, Moniuszko’s masterpiece displays values like honour and knighthood, but overall, a deep sense of Polishness. More info here.

Recorded under the conducting of Andriy Yurkevych, enjoy this four-act opera on the website (3h15). Watch it here.