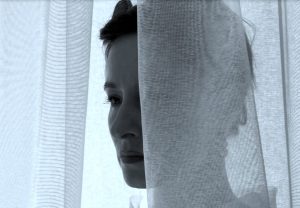 The international Dance Film Festival Brussels – L’art difficile de filmer la danse focuses on the specific relationship between dance and film. The festival aims to be an international platform for choreographers, filmmakers and programmers and has the ambition to promote a selection of dance films in Belgium and abroad.

This year the festival will be comprised almost entirely of contemporary dance films produced in recent years, a selection of thirty-eight dance films and documentaries, submitted by filmmakers and choreographers from twenty-five different countries. The artistic director of the international dancefilmfestival brussels – l’art difficile de filmer la danse is Wolfgang Kolb. The producer is Redorangeproductions in partnership with Danscentrumjette, Contredanse, Cinematek and Bozar.

The screening will take place with the presence of Jacek Krawczyk, founder of the Sopot Dance Theatre

When disillusioned Knight Antonius returns home from the Crusades to find his country in the grips of the Black Death, he challenges Death to a chess match for his life. Tormented by the belief that God does not exist, Antonius sets off on a journey, meeting up with traveling player Mia. He is determined to evade Death long enough to commit one redemptive act while he still lives, but Death is always around the corner, biding his time. Knight Antonius cannot escape his fate, so the game begins.

Debate on the occasion of the Year

Screening of the film “Wyzwanie” in collaboration