Looking back at the last 20+1 years of our work, we celebrate our 21st anniversary with you by sharing selected projects done in the past 21 years. Explore more current and recent Music Projects.

“The passing of Professor Penderecki was a deeply moving loss and a shock to all who knew him personally as well as to those who admired his work. The loss was especially poignant due to the world’s Covid-19 isolation – and I was overwhelmed by the response and eagerness of all the artists who wanted to be involved and honor his memory”—Anna Perzanowska, Music Curator at the Polish Cultural Institute New York 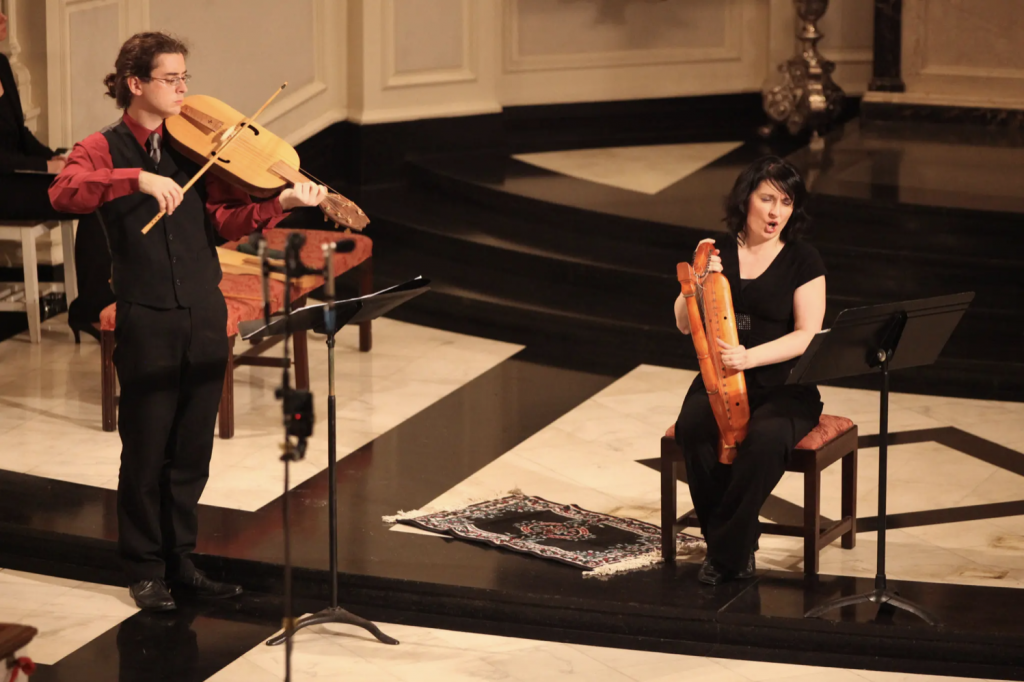 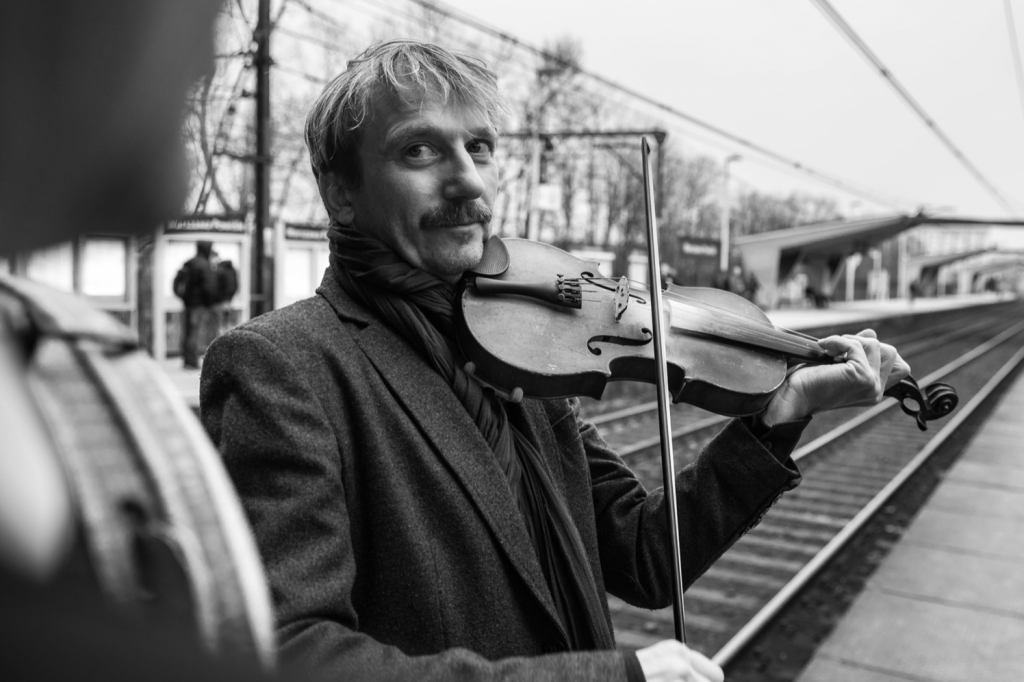 In 2013 we organized a US tour of Janusz Prusinowski Trio—a group of musicians who follow in the traditions of village masters they have personally learned from, but they are also an avant-garde band with their own characteristic sound and language of improvisation. They combine music with dance, and the archaic with the modern. The Trio’s unique style is distilled from their informed reinterpretations of central Poland’s village music. Listening to the Trio you can hear how traditional music of Polish villages echoes or is echoed by a variety of genres: the music of Chopin in its melodic pattern and the use of rubato, a shared love of improvisation with blues and jazz, a tonal sophistication reminiscent of 20th century classical and free improvisation, and the energy and propulsion of rock music.

What struck me right away about this music was its amazing ability to mix the feel and power of village dance music with the personal contemporary sensibilities of the players. (…) The addition of wind and brass to the Trio’s sound really pushes their music into another realm.—Michal Shapiro, Huffington Post on WOMEX performance 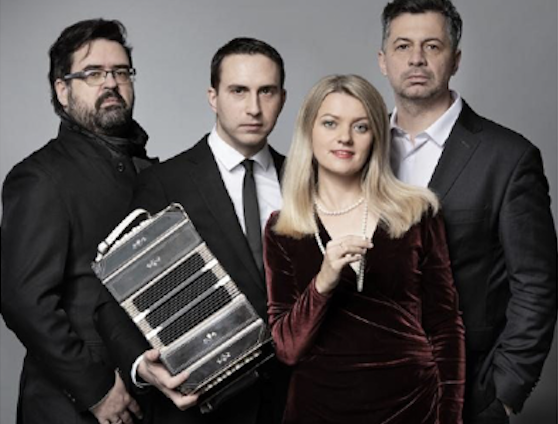 Yiddish Tango from Warsaw: Olga Avigail Mieleszczuk and Tango Attack—The multilingual repertoire of this project includes songs in Polish, Yiddish, and Hebrew, reflecting the distinct international expressions of interwar Warsaw. As the tango craze swept through Europe, Warsaw became the eastern European capital of tango and bore witness to the birth of the dance form’s most eclectic permutation, combining Slavic and Jewish elements with Argentinian musical influences. The tour was presented by Polish Cultural Institute New York in partnership with JCC Manhattan, JCC Staten Island and Kennedy Center in Washington, DC . The concert at Kennedy Center was presented in partnership with the Embassy of the Republic of Poland in DC.

“When I started to sing in Yiddish, I had no idea about Jewish culture at all,” [Olga Avigail Mieleszczuk] said, recalling the emotional visit. “This world suddenly opened up to me in Auschwitz. I was there for five days doing meditation and tikkun olam [repairing the world]. A Hasidic rabbi sang in Hebrew and Yiddish, and I felt deeply connected with the place.”—Jewish Telegraphic Agency 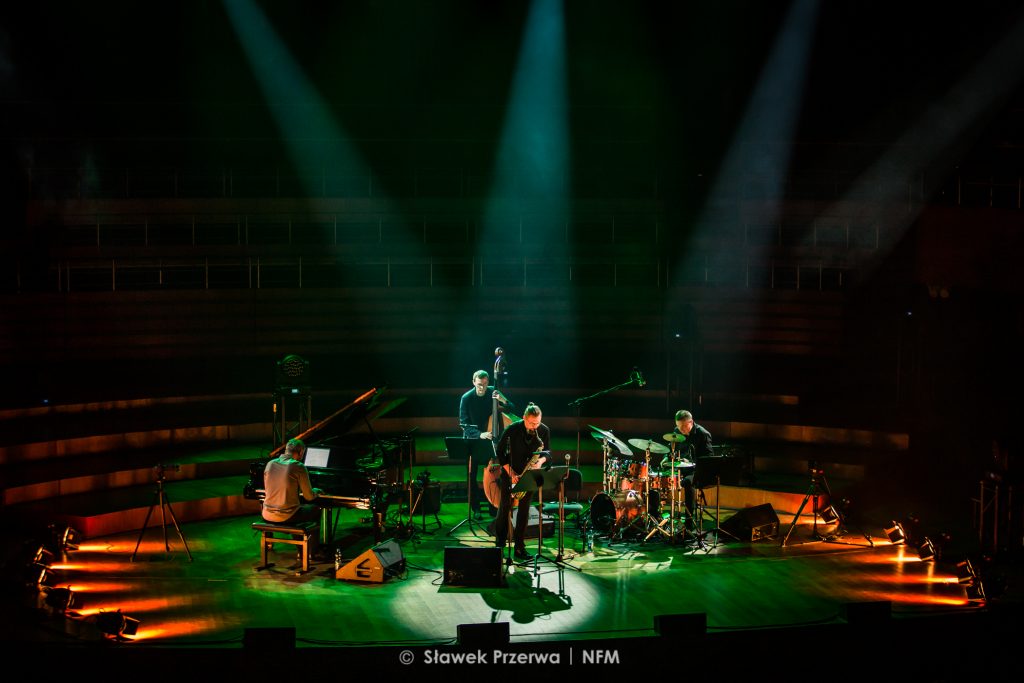 Jazztopad Festival‘s presence in the US began in 2015 and the festival is organized yearly. In 2021 the project was live-streamed from Poland. Jazztopad Festival, in partnership with Polish Cultural Institute New York presented The Great Improvisation series online live streamed from the National Forum of Music(NFM) in Wrocław, Poland. The series presents various faces of jazz – from bold avant-garde and daring improvisation through to the mainstream. The ideal acoustics of the NFM halls provide a perfect environment for both young Polish bands as well as established artists. The series has presented such musicians as Wynton Marsalis, Bobo Stenson, Gregory Porter, Tomasz Stańko, Kuba Więcek, Brad Mehldau, and Dianne Reeves. Photo: Radek Nowicki Quartet at Jazztopad Festival.

“Jazztopad is a renowned jazz festival in Poland, and since 2015, it has brought a satellite delegation to New York for a run in the United States.”—The New York Times 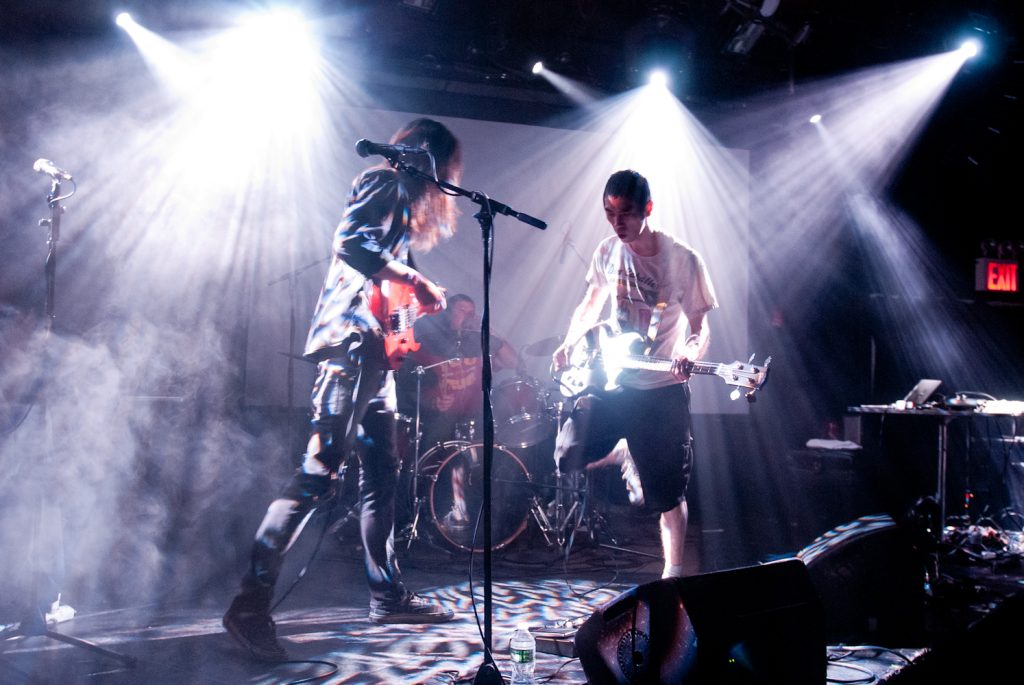 Unsound Festival‘ presence in North America began in 2010 and the festival is organized yearly. Unsound focuses on a broad swath of contemporary music—emerging, experimental, and leftfield—whose sweep doesn’t follow typical genre constraints. Influential around the world, it has developed a reputation for identifying innovative scenes and radical sounds. It’s a platform for an exchange of artistic ideas for musicians, visual artists, curators, journalists, record label owners and booking agents from every continent. Photo: Next Life at Unsound Festival, photo by Natasha Phillips.

“There was a pulse to the music, at first like the respiration of a sleeping leviathan and eventually with an established beat, created at first by a low repeating crash, like a tall tree falling. The music gradually accelerated to what would have been, in most concerts, the slowest dirge; a steady drumbeat surfaced, and eventually a syncopated one, only to disappear within a looming, buzzing drone. The last stretch of the music was marginally more conventional, with rushes of cymbals and hovering, Penderecki-like classical choirs. Another beat emerged, steady and industrial, with jackhammer sounds. But it, too, would be swallowed in rumble and drone, manmade music reverting to primordial sound.”—By Jon Pareles for The New York Times

The Focus! Festival has been presented for over 30 years at Julliard. In our 2011 collaboration with Julliard, at the Juilliard’s 27th annual mid-winter festival of ‘new’ music, we presented Polish Modern: New Directions in Polish Music Since 1945 with six free concerts. The composers presented on the Focus! festival represented several generations and a broad range of styles from Krysztof Penderecki, Boguslaw Schaeffer, Kazimierz Serocki and others born before the mid-1930s; to composers including Krysztof Knittel, Aleksander Lason, Marian Sawa, and Stanislaw Moryto from the 1940s; to Pawel Szymanski, Tadeusz Wielecki, and those born ten years later; and Pawel Mykietyn, Aleksandra Gryka, Wojciech Zimowit Zych, and the 1970s generation.