ONLINE / Beethoven and Penderecki. The Sphere of Sacrum

Nine concerts of the jubilee festival will take place in Warsaw, another three are planned in the concert halls of symphony orchestras from Poznań, Katowice and Wrocław. The concerts will be live streamed online to the public. The festival events will be broadcast by Polish Radio 2.

The festival’s theme – “Beethoven and Penderecki. The Sphere of Sacrum” – defines the programme of the concerts, which will feature both religious works and those that reflect the human spiritual dimension in its broadest sense. The festival will highlight foremost Polish symphonic and choral ensembles as well as an array of renowned vocalists, including Natalia Rubiś, Iwona Hossa, Karolina Sikora, Anna Lubańska, Aleksandra Kubas-Kruk, Krystian Krzeszowiak, Mariusz Godlewski, Łukasz Konieczny and Tomasz Konieczny. 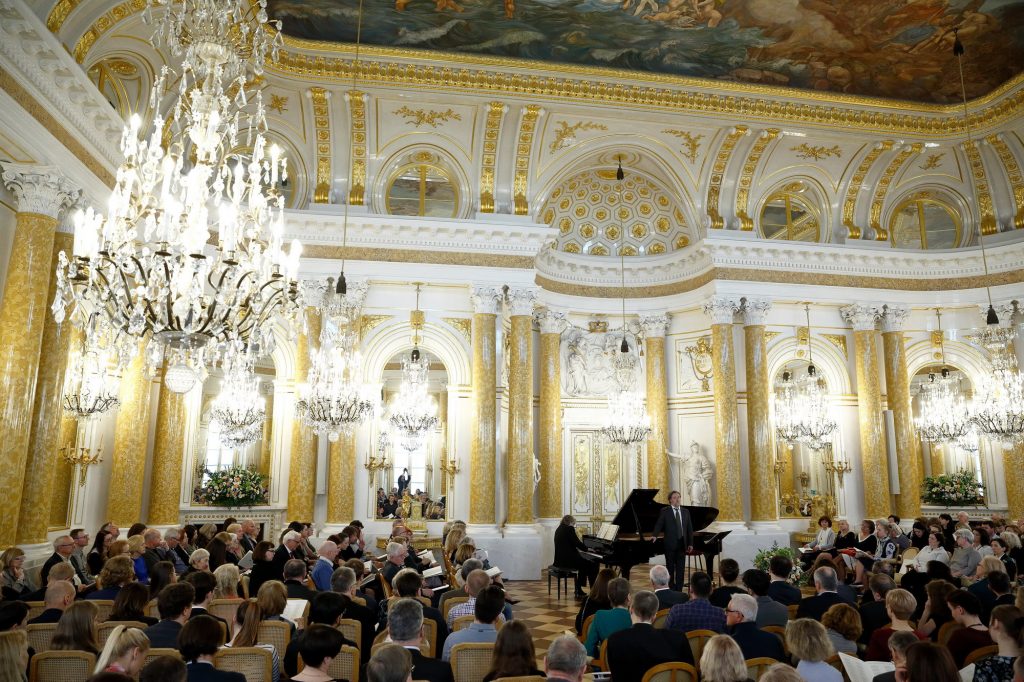 In the inaugural concert, Maestro Andrzej Boreyko and the Warsaw Philharmonic Orchestra will perform Beethoven’s “Mass in C major” and two works by Krzysztof Penderecki: “Adagietto” from “Paradise Lost” and “Agnus Dei” from “Polish Requiem”; in the closing concert, he will conduct works by Penderecki, Pärt, Ravel and Kanczeli (European premiere of “Libera me”). At the home of the Polish National Radio Symphony Orchestra in Katowice, Maestro Jacek Kaspszyk will perform Beethoven’s “Missa solemnis”. Wrocław Baroque Orchestra under the baton of Jarosław Thiel, with top soloists such as Julia Lezhneva (soprano), Terry Wey (countertenor), Joshua Ellicott (tenor), Sascha Emanuel Kramer (tenor), Sebastian Noack (bass), and Wolf Matthias Friedrich (bass), will present Bach’s “St John Passion” in the concert hall of the National Forum of Music in Wrocław.

Maestro Jerzy Maksymiuk and Sinfonia Varsovia will present an all-Beethoven repertoire. Symphony concerts will be performed by Polish ensembles such as the Polish Radio Orchestra in Warsaw conducted by Michał Klauza (works by Penderecki and Olivier Messiaen), Jerzy Semkow Polish Sinfonia Iuventus Orchestra under Dawid Runtz (works by Beethoven and Sibelius, Haydn’s “Trumpet Concerto in E flat major” with cadenzas by K. Penderecki performed by Gábor Boldoczki), as well as Sinfonietta Cracovia led by Jurek Dybał (works by Penderecki, Takemitsu and Barber). Continuing the series of Unknown Operas, Łukasz Borowicz will present two one-act works – Paul Hindemith’s “Sancta Susanna” and Gustav Holst’s “Savitri”. The Silesian String Quartet’s chamber concert featuring the complete string quartets by Krzysztof Penderecki and Schumann’s “Piano Quintet in E flat major” with pianist Aleksandra Świgut, promises to be intriguing. The festival will carry on promoting the youngest generation of performers: piano recitals will be given by Łukasz Krupiński and Andrzej Wierciński.

Continuing the tradition of the Easter Festival, the concerts will be complemented by regular accompanying events: the Exhibition of Musical Manuscripts at the Jagiellonian Library (open from 18 March in Kraków) and the International Symposium. The Festival is announced by Zbigniew Rogalski’s poster. 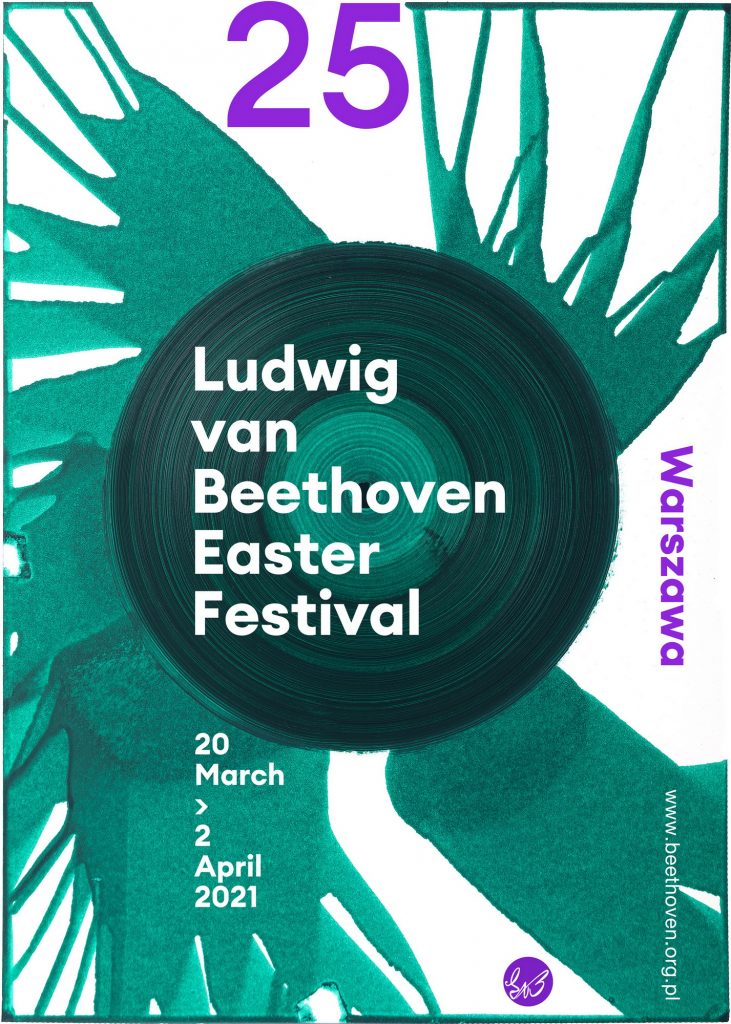 The festival is held under the honorary patronage of the President of the Republic of Poland. The project is co-financed by the Ministry of Culture, National Heritage, and Sport, and by the City of Warsaw. The 25th Ludwig van Beethoven Easter Festival is co-organized by the Warsaw Philharmonic and Polish Radio 2.

This website uses cookies to improve your experience while you navigate through the website. Out of these, the cookies that are categorized as necessary are stored on your browser as they are essential for the working of basic functionalities of the website. We also use third-party cookies that help us analyze and understand how you use this website. These cookies will be stored in your browser only with your consent. You also have the option to opt-out of these cookies. But opting out of some of these cookies may affect your browsing experience.
Necessary immer aktiv