On 7 and 8 February 2020, Kyiv will host the Selector PRO international music industry forum organised by the British Council in Ukraine teamed up with Music Export Ukraine. The forum is an invaluable resource for those looking to find their place in the international live concert scene.

For its fourth year, Selector Pro invites music professionals to explore business opportunities and seek potential collaborations through two intensive days of networking sessions, panel discussions, case studies and showcases. The forum will extend its traditional geographical focus on the UK and Ukrainian music scene to explore opportunities in the wider markets of Eastern Europe and Central Asia. The focus of the forum will be on how to develop and grow a sustainable live event business and on how to tap into the potential of neighbouring music markets.

On the first day of the forum, during a closed professional networking session, Ukrainian concert agencies and independent promoters will meet music agents from the UK as well as promoters from Eastern Europe, the Western Balkans and Central Asia.

On 8 February, the forum opens its doors to the general public for a music conference. The conference will start with a panel discussion and talks by UK music professionals: Rick Morton, from Blow Up Live, Paul McGivern from Pitch & Smith, Rebecca Prochnik from Earth Music Agency Ltd., Hannah Shobgola from Echo Location Talent and Jane Beese, Head of Music at London’s legendary Roundhouse venue. They will share their hard-won experience gained in the music industry and talk about the connections between artists, agents and the live music sector.

Poland will be represented Łukasz Kałębasiak and Marek Szulik.

Cultural journalist of influential newspaper Gazeta Wyborcza since 1999, head of its Culture Section between 2006 and 2011. The author of hundreds of reviews and editorials dedicated to visual arts, music and theatre. His texts have appeared in several books and monographs. The reviewer of Katowice Polish Radio between 2008 and 2015. 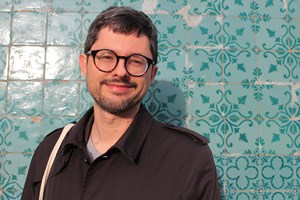 Graduate of culture management at the Jagiellonian University. Since 2010, he has been active in the cultural industry as a co-organizer and creator of many musical events. 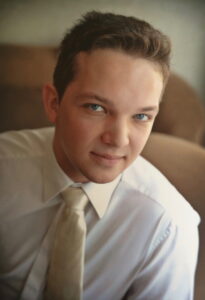 In 2016, he was the operations director at a company dealing with the creation and implementation of marketing strategies for one of the largest hotel entities in Silesia.
Since 2019, he has been the deputy director of Katowice City of Gardens Krystyna Bochenek Cultural Institution.
He is also a graduate of the jazz department at the Academy of Music in Krakow and an active concert trumpeter.