The Theatre Institute in Warsaw (IT)

The Theatre Institute in Warsaw (IT) deals with documentation, promotion and animation of Polish theatre. The IT supports public debate about contemporary Polish theatre, it widens the scope of  scientific reflection and conducts research and educational activities. The IT develops long-term, multidirectional initiatives on the basis of an ongoing international and supranational cooperation of researchers and artists interested in East European theatre. The Institute manages the largest archive of theatre-related documents in Poland and a portal entirely dedicated to Polish theatre. (www.eteatr.pl) 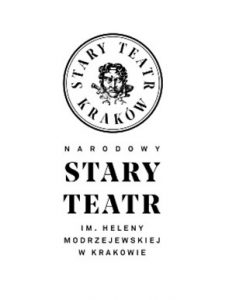 The Helena Modrzejewska National Stary Theatre in Krakow is one of the oldest public stages in Poland with a tradition stretching over 230 years. The repertoire of the theatre was co-created by such art luminaries as Tadeusz Kantor, Jerzy Grotowski and Andrzej Wajda among others. Nowadays, the current repertoire numbers some 40 items and among them performances by Krystian Lupa, Pawel Miskiewicz, Jan Klata, Agnieszka Glinska, Monika Strzepka and Krzysztof Garbaczewski. For decades the Theatre has been cooperating with partners from Czechia, France, Germany, Hungary, Italy, Romania and the United States.

The National Theatre is the fourth oldest national theatre In Europe.  It was established in 1765 by King Stanislaus Augustus Poniatowski. The repertoire consists of more than 30 works of Polish and world dramaturgy. The theatre is a meeting point of different generations and approaches to aesthetics. It is currently ranked as the best Polish theatre. The theatre has numerous guest performances abroad to its credit, it maintains an ongoing art exchange with the Alexandrinsky Theater in Petersburg and it organized an international meeting of National Theatres. Several well-known foreign directors such as Konstantin Bogomolow, Jacques Lassalle, Eimuntas Nekrosius and Iwan Wyrypajew have cooperated with the National Theatre.