Chopin Marathon in the Polish Jazz Festival in Tel Aviv

Chopin Marathon which is the highlight of The Polish Jazz Festival in Tel Aviv will be held on September 9th on 20:00

The performance will be broadcast on the Facebook Festival page on the day after, Thursday September 10th.

The show, which will take place at Terminal 4 in Tel Aviv, will include a one-time performance of jazz arrangements of Chopin works, created by Israeli musicians.

The marathon will include four Israeli ensembles led by the best jazz pianists in the country, who will improvise and play jazz arrangements of Frederic Chopin’s music,

which were written especially for the festival.

produced by the Polish Institute in Tel Aviv, Adam Mickiewicz Institute in Warsaw and the Israeli Jazz Fun Club  – between  August 27 and  September 17.

The event, under the artistic direction of Barak Weiss, will take place over four weekends

from August 27 to September 17, will include live performances broadcasted online, online meetings with artists,

lectures on music and more. The festival originally scheduled to take place live in June 2020 in Tel Aviv

due to the pandemic global situation was moved to the end of summer and will be broadcasted online.

Poland’s position in the world musical arena can be described as “Jazz Power”.

Since the late 50s, when jazz in Poland was a symbol of the desire for freedom from the communist regime,

to this day, Poland is one of the leading countries on the global jazz scene.

and on the most important stages in the world.

Despite this, the jazz fan base in Israel has hardly been exposed to Polish jazz in general

and contemporary jazz in particular.

The festival will include:

– 3 concerts by some of the leading Polish jazz ensembles;

by the great Polish composer, Frederic Chopin, which were written especially for the festival;

– Online meetings and interviews of festival artists, Poles and Israelis, with festival audience;

– A lecture on the history of jazz, by one of the great experts in the field.

September 2nd 20:00 – A lecture on the history of jazz by the expert Piotr Schmidt

The Polish ensembles that will perform at the festival:

in the world jazz scene – who has played for years with renowned Polish trumpeter Tomasz Stanko and today,

records on the renowned label ECM.

and was chosen to play at the important jazz fair in the world Jazzahead;

The debut album of the quintet O.N.E. this year has come out and the reviews are rave.

The marathon will include four Israeli ensembles led by the best jazz pianists in the country,

who will improvise and play jazz arrangements of Frederic Chopin’s music, which were written

especially for the festival.  Participants:

The Adam Mickiewicz Institute is a national cultural institution, under supervision of the Polish Ministry of Culture and Heritage, whose mission is to strengthen and communicate Poland’s cultural dimension through active participation in international cultural exchanges. The institute manages cultural projects in seventy countries. Since the year 2000 more than six thousand events have been held which have attracted more than fifty-seven million viewers and listeners on five continents. All projects of the Institute are conducted under its main brand name, Culture.pl.

The Social Jazz Fun Club, is a voluntary organization of about 2000 jazz enthusiasts. The jazz community began its activities 4 years ago, and it works to satisfy the jazz needs of jazz lovers, needs that are not met at jazz festivals in Israel neither by commercial performances. During its four years of operation, the jazz community has brought to Israel dozens of quality world jazz performances, without artistic compromises and without profit considerations. In addition, it holds jazz evenings with the best Israeli jazz artists, as well as lectures on jazz, meetings with international jazz artists and more. 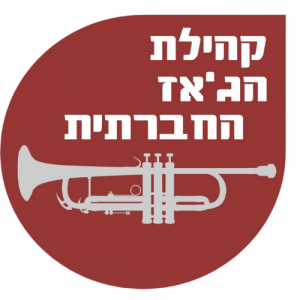 3 days of Israeli-Polish artistic collaboration in 6 performances by the best jazz artists from Poland and Israel in live and broadcast performances, screenings, original productions and special collaborations
17 11.2021 19 11.2021 Music

The 18th Chopin Piano Competition is starting with 163 pianists from over 30 countries that will be performing at the Chamber Hall of the National Philharmonic in Warsaw
12 07.2021 Music

The second edition of the Stanisław Moniuszko International Competition of Polish Music will be held on 11-18 September. Musicians can submit their applications until 31 May
06 04.2021 Music
2021 © Instytut Polski w Tel Avivie | Wykonanie: sm32 STUDIO
Scroll top Scroll down
In order to ensure the highest quality of our service, we use files called cookies.
When using our website, the cookie files are downloaded onto your device.
You can change the settings of your browser at any time. See out cookie policy. Cookie settingsACCEPT
Privacy & Cookies Policy