On June 20, 2020,  the famous Polish sculptor Magdalena Abakanowicz (1930-2017) would celebrate her 90th birthday - one of Poland's most internationally acclaimed artists

On June 20, 2020,  the famous Polish sculptor Magdalena Abakanowicz (1930-2017) would celebrate her 90th birthday. Abakanowicz was born near Warsaw where, later, she studied at the Academy of Fine Arts. She recalled this period as a major disappointment. ”I was a very bad student” she admitted many years later. Even before completing her studies she managed to create a number of colorful and impressive works.  However, she very quickly abandoned painting and started creating works representing multidimensional human figures. In the mid-60s she created huge works inspired by traditional weaving techniques and combined sculpting with architectonic work. Her works were always perceived as full of spontaneity, inspired by free an borderless thinking and as such stirring all the senses of the spectator.

She was awarded the Grand Prix at the Sao Paulo Biennale in 1965. Her international stnding as an artist became even more prominent in the 70s and her works were lauded at the Venice Biennale in 1980.  In the 80s she started using metals such as bronze, stone and wood for her sculptures. Her works were erected on the outskirts of a number of cities in Italy, Germany, the United States, the Far East and even in Israel. In the 90s she continued enjoying wide international recognition, she won several awards and since 1979 she has held art professorships in Poland and other countries in the world. She holds a honoris causa doctorate from the London Royal Academy of Art and the Pratt Institute in New York.

Currently, Abakonowicz’s works make up part of the collections of more than 70 museums and public collections all over the world including the Warsaw National Museum and the Wroclaw and Poznan Museums, the George Pompidou Centre in Paris, the Metropolitan Museum in New York and the Modern Art Museum in Kyoto. Magdalena Abakonowicz passed away on April 21, 2017.

The annual arts events are held by the Tel Aviv-Yafo Municipality in collaboration with the European Union, where artists from various European countries will present alongside Israeli artists
12 11.2020 14 11.2020 Visual arts 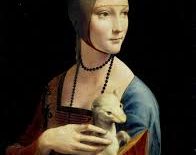 The Czartoryski collection in Krakow 🗓

The famous and rich Czartoryski collection in Krakow is considered to be one of the most valuable in Poland and one of the most prestigious in Europe
12 05.2020 Visual arts
2020 © Instytut Polski w Tel Avivie | Wykonanie: sm32 STUDIO
Scroll top Scroll down
In order to ensure the highest quality of our service, we use files called cookies.
When using our website, the cookie files are downloaded onto your device.
You can change the settings of your browser at any time. See out cookie policy. Cookie settingsACCEPT
Privacy & Cookies Policy