Graphic Designers from Poland and Ukraine,created an exhibition of 30 posters on the subject of the war in Ukraine, as an act of solidarity

The Association of Polish Graphic Designers, together with partners from Ukraine, created an exhibition of 30 posters on the subject of the war taking place just next to Poland. The exhibition was a natural gesture of solidarity with our dear friends who were brutally distracted from their daily work as graphic designers, designers and illustrators. We want their voices to be heard, we want to show their feelings and our disagreement with the war.

– The Posters For Ukraine exhibition is a response to the war – says Filip Tofil, member of STGU – When quiet cities and towns were bombed, Ukrainian illustrators and designers issued call for posters and illustrations informing about the tragedy that befell their country. Artists from all over the world responded to the call by creating works about sadness, fear and hatred, calling for an end to the war, showing courage and giving hope. The Posters For Ukraine exhibition presents a set selected from among several hundred works sent to the Association of Polish Graphic Designers, as well as published as part of the poster call organized by Pictoric Ilustrators Club (Kyiv) and 4th Block (Kharkiv) – adds Filip Tofil.

– These posters will not stop flying bullets, they will not stop tanks in the streets, which does not mean that they are not a weapon in this war either. Power of persuasion and power to build a community are often just as important as the power of individuals at the front. Make posters not war. Slava Ukraini! – Filip Tofil appeals.

The organizer of the exhibition is STGU Association of Polish Graphic Designers in cooperation with the Ministry of Foreign Affairs of Poland, AMS and organizations from Ukraine: Pictoric Ilustrators Club and 4th Block. The partners of the exhibition are: Grafprom and Syfon Studio.

STGU. The Association of Polish Graphic Designers was established in 2004 on the initiative of a group of designers from Warsaw. The idea of ​​STGU is to defend creative independence and the principles of reliable, professional design, and to care for the prestige of the designing profession. STGU works to promote good practices, expresses itself on the issue of ethics in design, supports pro-social initiatives and takes an active part in the discussion on the function of commercial graphics. 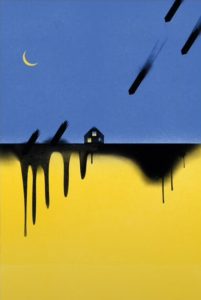 September 17 – the Soviet invasion to

September 17th is marked in Poland as the anniversary of the Soviet invasion to POland on 1939, the implementation of the Ribbentrop Molotov Pact for the division of Europe between Germany and Russia
17 09.2022 Bez kategorii, News

Art under Fire – An event in

A special event to take place at the Bezalel Academy of Art and Design on the issue of art during wartime
11 05.2022 Bez kategorii
2022 © Instytut Polski w Tel Avivie | Wykonanie: sm32 STUDIO
Scroll top Scroll down
This website uses cookies to improve your experience. We'll assume you're ok with this, but you can opt-out if you wish. Cookie settingsACCEPT
Privacy & Cookies Policy