Two unique concerts led by Israeli and Polish artists will include musical works at a world premiere – from Karol Szymanowski to Krzysztof Penderecki and Julian Tuwim with the participation of the world-class pianist Garik Olson, winner of the International Chopin Competition

The Israeli Camerata Jerusalem will host two special concerts at the beginning of November 2022:

The concerts will take place on November 5th in Tel Aviv and on November 6th in Jerusalem with famous pianist Garrick Ohlsson, an American musician who won the

Male singers from the Krakow Philharmonic will perform alongside cantor Shai Abramson and soloists the first Israeli premiere of Penderecki’s Kaddish and more.

The concert will include the rare chance to listen to Requiem by Luigi Cherubini performed in parts, and the Israeli premiere of works by the great Polish-Jewish poet

As part of the festival, alongside the two performances, Mr. Ohlsson will give a master’s class at the Jerusalem Music Center (Mishkanot Shananim). This master’s class will be aired to

Poland on Thursday November 3 in cooperation with the International Chopin Competition.

Garrick Ohlsson is one of the leading pianists in the world and won first place during the 1970 Chopin Competition held in Warsaw. He is the first US pianist to win this prestigious award.

season opening concert at the Instruments and Voices series of concerts by the Israel Jerusalem Kamarata for 2022-2023.

FOR THE FULL PROGRAM

BUY TICKETS ON THE SITE

The Israeli Camerata Jerusalem arrived to the Tel Aviv Opera House for a very special performance. Soprano Iwona Hossa performed for the first time in Israel a musical adaptation to

festive premiere for the Israeli audience. American pianist Garrick Ohlsson won such warm and heartfelt praise from the audience he ended the concert with a spontaneous performance

of music by the great Polish composer Chopin. Ohlsson made history and is the first American to win the Chopin Competition in Warsaw in 1970.

We were also honored by the presence of visitors from the Polish Culture Ministry, the Beethoven Association in Poland, the Polish Embassy in Israel, and of course the director of the Polish

of Poland as the cradle of Jewish European culture and said events like this concert have crucial importance for the relations between the two people.

Atzmun’s book I Dream in Yiddish was published thanks to the support of the Polish Inst Tel Aviv and depicts the life of this famous Yiddish actor in Israel and the world. 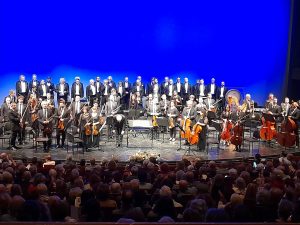 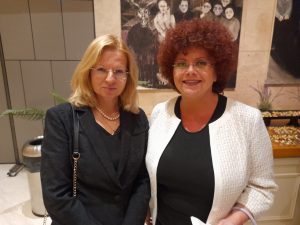 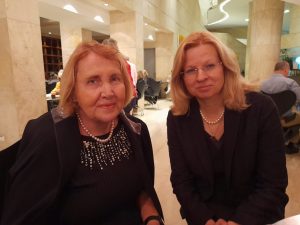 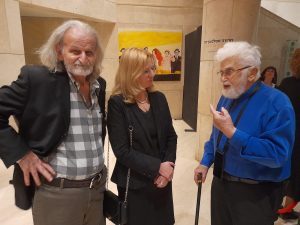 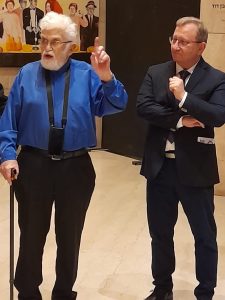 The 1st day of November is marked in Poland as a special day in which crowds visit cemeteries to commemorate their belated relatives and friends. We dedicated the day to Poles buried in Israel - Polish soldiers, war refugees, diplomats, Righteous Among the Nations), monks, priests and civilians
01 11.2022 News

A not so simple story: the tales

A festive production by the Malenky theater based on works by Bashevis Singer to include segments from a variety of sources, including interviews with the great man of letters when he won the Noble prize
15 11.2022 Literature, News, Theatre

The Warsaw Ghetto Museum calls to collect objects, souvenirs and testimonies from the Warsaw Ghetto that are in the possession of private individuals and may contribute to the presentation of history in the newly built museum
12 10.2022 Bez kategorii, History, News
2022 © Instytut Polski w Tel Avivie | Wykonanie: sm32 STUDIO
Scroll top Scroll down
This website uses cookies to improve your experience. We'll assume you're ok with this, but you can opt-out if you wish. Cookie settingsACCEPT
Privacy & Cookies Policy